Traffic offenses are among some of the most confusing crimes for which our clients face charges – not because of their severity or difficulty, but because many people are uncertain when to hire an attorney, when to fight charges themselves, and when to simply pay the imposed penalty.

The answer to this question depends, in large part, on how your charges are classified. Most standing and many moving violations are considered petty misdemeanors, which are not crimes, but rather violations of local statues, such as double parking and simple speeding tickets. Fighting these charges is seldom worthwhile and since no crime has been committed, you rarely need an attorney. 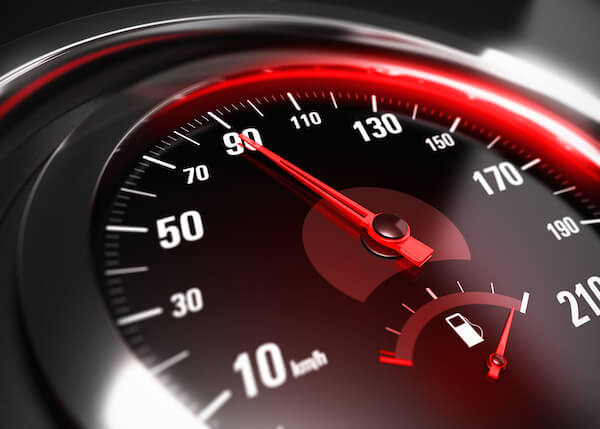 Some more serious moving violations, however, are classified as misdemeanors or gross misdemeanors. These are both considered crimes and can result in jail time, stiff fines, and possible license suspension, revocation. Violations that make you a substantial risk to others on the road, such as multiple DWI convictions, can be felonies, which almost always require the help of an experienced lawyer to avoid or minimize prison time and to help you get your license back.

If you’re been accused of a traffic offense and you’re unsure whether or not you should hire an attorney or fight the charge yourself, read on to discover the details of your charge, including when legal help is advisable.

The most common moving violation in St. Paul is exceeding the posted speed limit. Such a violation is rarely considered a crime, and thus legal representation is seldom needed. However, speeding under certain circumstances or to certain degrees can make you guilty of a misdemeanor or gross misdemeanor, for which you can receive up to 90 days in jail, a fine of up to $1,000, and/or a license suspension or revocation.

Misdemeanor speed violations include any instances in which your actions endangered another person or property, according to the judge’s assessment. This includes “careless driving,” in which the driver thoughtlessly disregarded the rights or safety of others (including passengers in the vehicle) or the safety of other people’s property, and “reckless driving,” in which the driver willfully and wantonly disregarded such safety. Racing on any public road – regardless of whether or not you exceeded the speed limit – is also a misdemeanor, as is a third speed violation within 12 months or a fifth within 24 months.

Misdemeanor speed violations, while “lesser” crimes, are still crimes and can go on your permanent record. If you wish to avoid jail time and/or the maximum fine, you should always call attorney with experience defending clients accused of traffic crimes.

Driving on a Revoked/Suspended License

Driving in Minnesota is a privilege that can be rescinded if the Department of Public Safety (DPS) believes you to be a safety risk to other drivers following a misdemeanor or felony conviction. The DPS will can suspend your license from 30 days to one year if you have repeated traffic violations, and can revoke it if you have repeated misdemeanor or gross misdemeanor violations. Both suspended and revoked licenses rescind your driving privileges for a certain period of time – and if you are caught driving while your license is in one of these statuses, you will be charged with a misdemeanor, resulting in up to 90 days of jail time and up to $1,000 in fines. Your license suspension or revocation period can also be extended.

In some instances, you may receive a limited license following a suspension or revocation that allows you to drive to certain vital destinations, such as work and rehab, during a reasonable window of time before you are scheduled to arrive and after you are scheduled to return. You must keep proof of your destination and scheduled arrival time in your vehicle, however, to drive to such locations – otherwise you will be charged with a misdemeanor for driving on a suspended or revoked license.

If you are faced with such a charge, it’s vital that you seek legal representation immediately to avoid or reduce your jail time, fines, and future license restrictions. 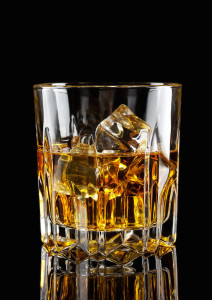 Driving while intoxicated or under the influence of drugs or alcohol always results in a criminal charge, the severity of which varies depending on the number of convictions you have on your record. In Minnesota, even convictions from others states count toward this number, and such records will affect your sentence for 10 years.

A first offense DWI is a misdemeanor and can result in up to 90 days in jail, a fine of up to $1,000, a 90-day license suspension, and an ignition interlock device being installed on your vehicle, which will keep you from driving (even under a restricted license) until you pass a breathalyzer test.

Second and third offenses are punished in a similar matter, except the severity of the crime increases to a gross misdemeanor, which can result in up to one year of jail time, a $3,000 fine, and a license suspension of 180 days for a second offense and a minimum of one year for a third offense.

If you reach a fourth offense in 10 years, however, your situation may change dramatically. A fourth offense is considered a felony DWI and can result in up to 7 years in state prison, up to $14,000 in fines, and a license revocation period of up to 4 years.

In all such cases, your goal should be to reduce or eliminate your jail time and/or fines and keep any misdemeanor offenses off your record, if possible. While not guaranteed in any particular circumstance, some misdemeanor DWI accusations may be reduced to a “wet reckless” with proper legal representation.

All misdemeanor and traffic charges in St. Paul and the surrounding area can result in a permanent criminal record, jail time, heavy fines, and the temporary loss of your license. Needless to say, such a conviction can have a lasting impact on your life and the lives of those around you. If you’ve been accused of such an offense, I encourage you not to resign yourself to conviction that can impact the rest of your life – possibly unfairly.

Give me a call at (651) 748-9373 or contact me online here for a consultation and let Betts Legal Services help you get the best resolution possible.